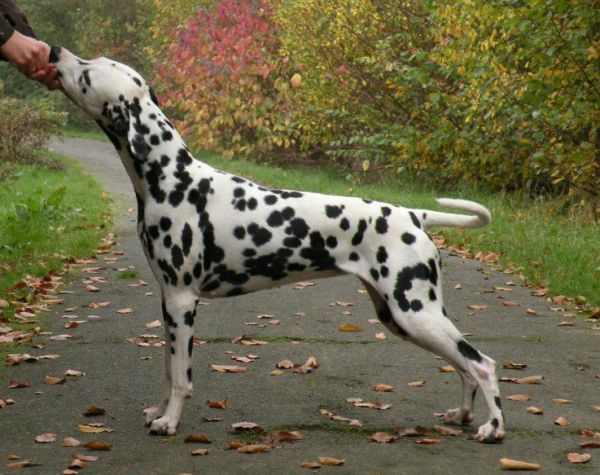 Biscuit is one part of my Millviews B-Litter. Millviews is my kennel name in Germany. She was one of twelve puppies which all had bilateral hearing and dark eyes. She has tons of style and expression, as well as a good portion of her grandma, “Fancy”, in her.

With her sound movement and a lot of charm, she easily wraps people around her paws. She is owned and loved by Lizzy and Leo in the Netherlands where she became the foundation bitch of their Siamsa Kennel. Her first litter, sired by Union Jack vom Gramzower Kloster, was born in 2012 and produced a beautiful and solid litter of nine puppies. She is not shown very often since Lizzy and Leo prefer the outdoors, but already received an excellent grading with first place and a CAC at the German Club show in Bedburg, which she attended to wave me goodbye before my departure to the US. It was a wonderful day that I shall not forget!

The second excellent grading with a CAC was also followed by a BOS. Again, she was only shown as I was visiting from the US and we all met up at the show grounds.

Thank you Leo and Lizzy for looking after this gem just the way you do.