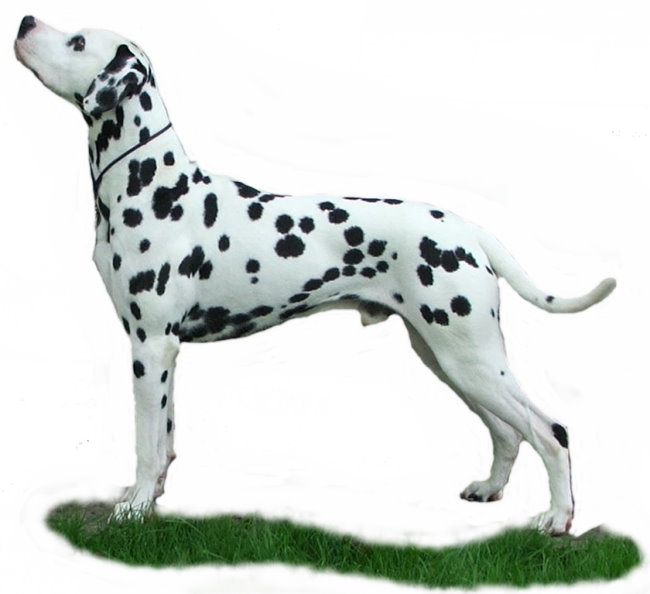 Monty was our pride and joy and it was very sad, that he had to leave us so early. He was killed in a car accident at just under 3 years of age. He gained his JW by the time he was 15 months old, won his class altogether 20 times including Crufts, and the WAFDAL show and has gained multiple BOB, Group and BIS placing at Open and Championship all breed shows. For him, dog shows were some kind of party and he always walked into the exhibition halls with a "Wohoo" for his human as well as his dog friends.

He had a wonderful, soft temperament and could be found in our girls whelping box from day one, looking after the puppies and keeping them clean. He was our children’s best friend and did not understand why some dogs did not want to play. Once you have shared your life with a dog like Monty, your standards as regards to temperament are rather high, but it also showed me that it can be done!

We are very lucky that we were able to share our lives with him for a little while and he will remain our inspiration throughout the time that we will breed Dalmatians. His legacy was continued by his daughter, Aritas Arrival at Caprilli ShCM, and her offspring Multi Ch. Caprilli's I Have a Dream and Caprilli's In The Mood ShCM.